To receive Iridium signals you need an antenna which is able to receive at this frequency and ideally also uses RHCP.

All following antennas use RHCP unless otherwise noted.

An active antenna is a passive antenna immediately followed by an active circuit. Most of the time this circuit is an amplifier which amplifies the received signals.
This is done to counter effects of long cables or noisy amplifiers at the input of the receiver.

Just as every other circuit, these amplifiers also add noise to the system. They are not a magical way to improve the signal quality which is available at the antenna.
They are still very useful though. If you don't want to (or can't) place your SDR right next to the antenna, you can use active antennas to counter the losses of the cable. See http://fabiobaltieri.com/2014/06/22/lna/ for some details on that.

The power to operate an active antenna is usually supplied via the same coaxial cable which is used to receive the signal. Have a look at [TODO] for some details on this.

The major drawback of not being able to transmit might or might not be a problem for your particular use. Just be aware of this fact.

In general: If you have a good SDR with a low noise figure and a short cable between the SDR and your antenna: Do not use an active antenna. It will not improve the signal a lot and just cause trouble if something does not work.

If you have a not so good SDR with a high (or unknown) noise figure or a long cable between your SDR and the antenna: Consider using an active antenna. It will improve the noise figure of the system and/or counter the losses inside the cable.

The easiest way to get a working Iridium antenna is to just buy a commercial one.

These are usually passive antennas as they are intended for bidirectional communication with the satellite. This means that, depending on your setup, you might have to add some kind of amplifier right next to the antenna.

Most of these have a magnetic mount. They need some kind of metal plane below them to work properly. A small metal patch of about 20 cm in diameter (round or square) is more than adequate.

As the GPS band is very close to the Iridium band, active GPS antennas can be used as a basis for an active Iridium antenna.

This is probably the cheapest option to get an active Iridium antenna. The process is pretty straight forward and can be adapted to many different types of active GPS antennas.

Active GPS antennas contain a bandpass filter to block all signals which are not part of the GPS signal. This is done as the amplifiers will also amplify the signal of all other sources and forward this to the receiver. The amplifiers are not perfect and the GPS signal very weak. This can have an impact on the quality of the GPS signal. For our purposes these filters are a problem though. They basically make an unmodified GPS antenna unusable to receive Iridium signals.

We found, that after removing this filter, these antennas work quite OK as Iridium antennas. They work even better if you replace the standard patch antenna with a special Iridium patch antenna.

Cheap active GPS antennas cost around 10 USD (7 Eur). Try to get one with screws so you can access the inside without damaging the protective case.

This is an example of an active GPS antenna with screws, 5 m cable and an SMA connector: 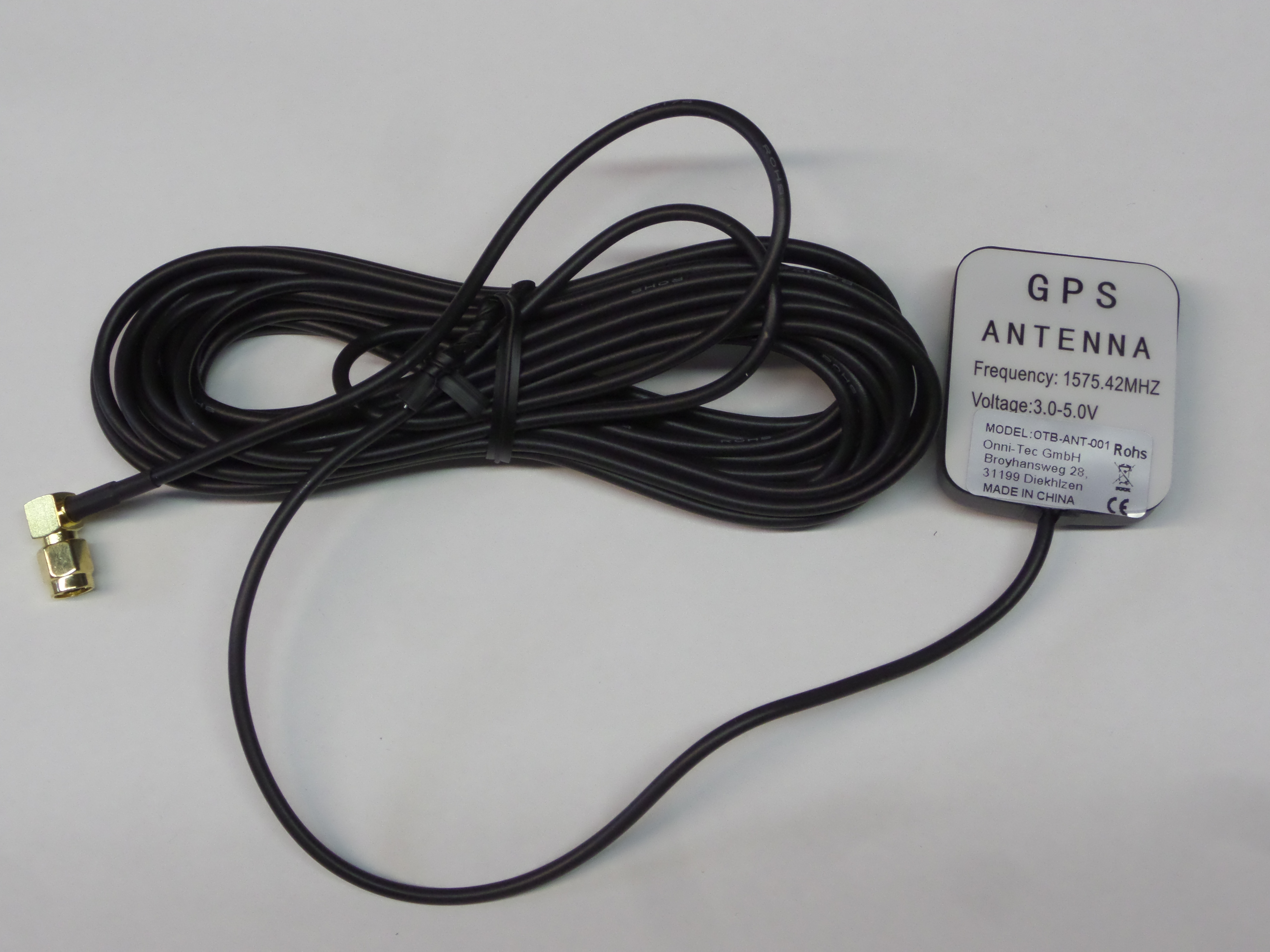 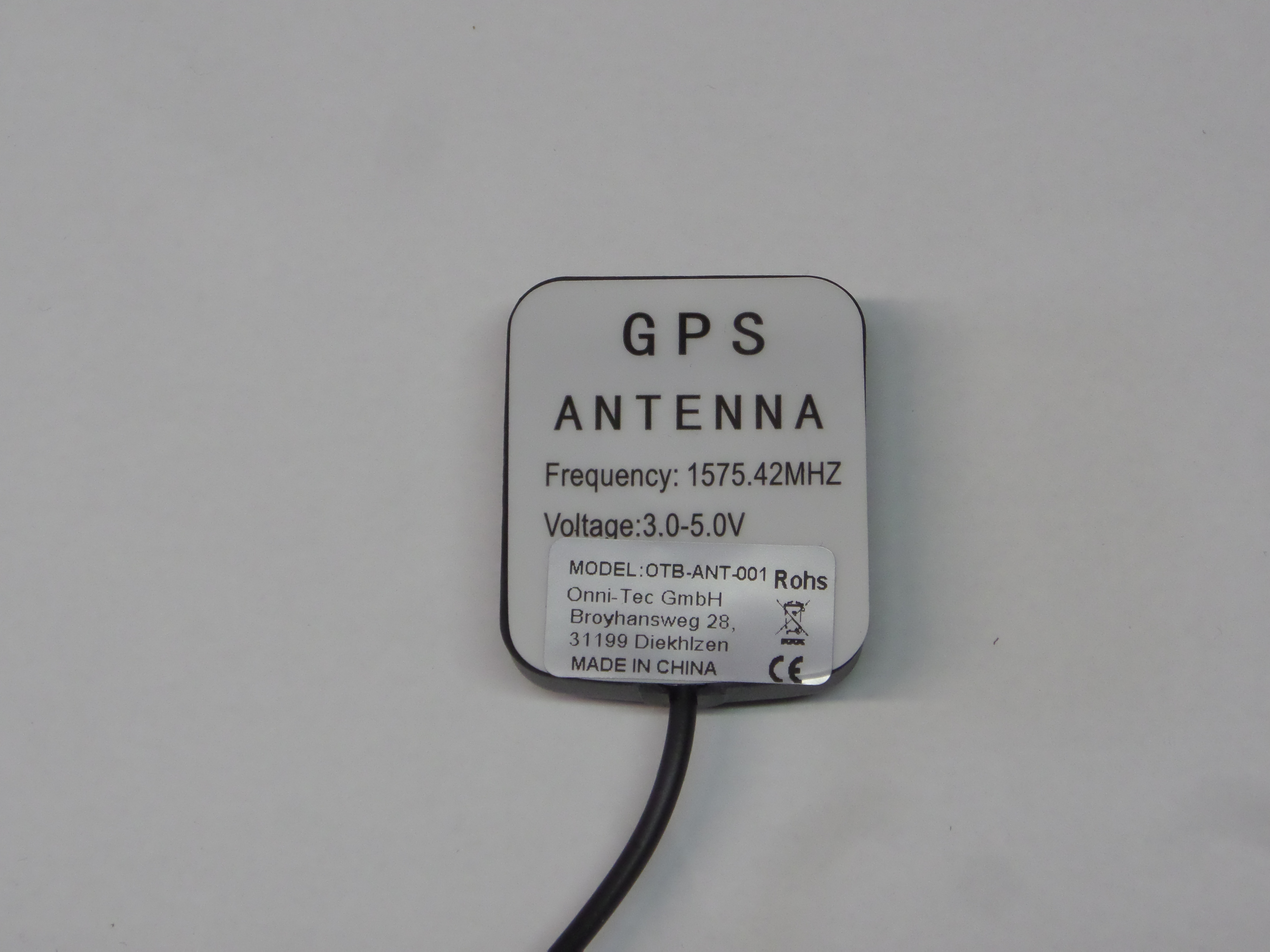 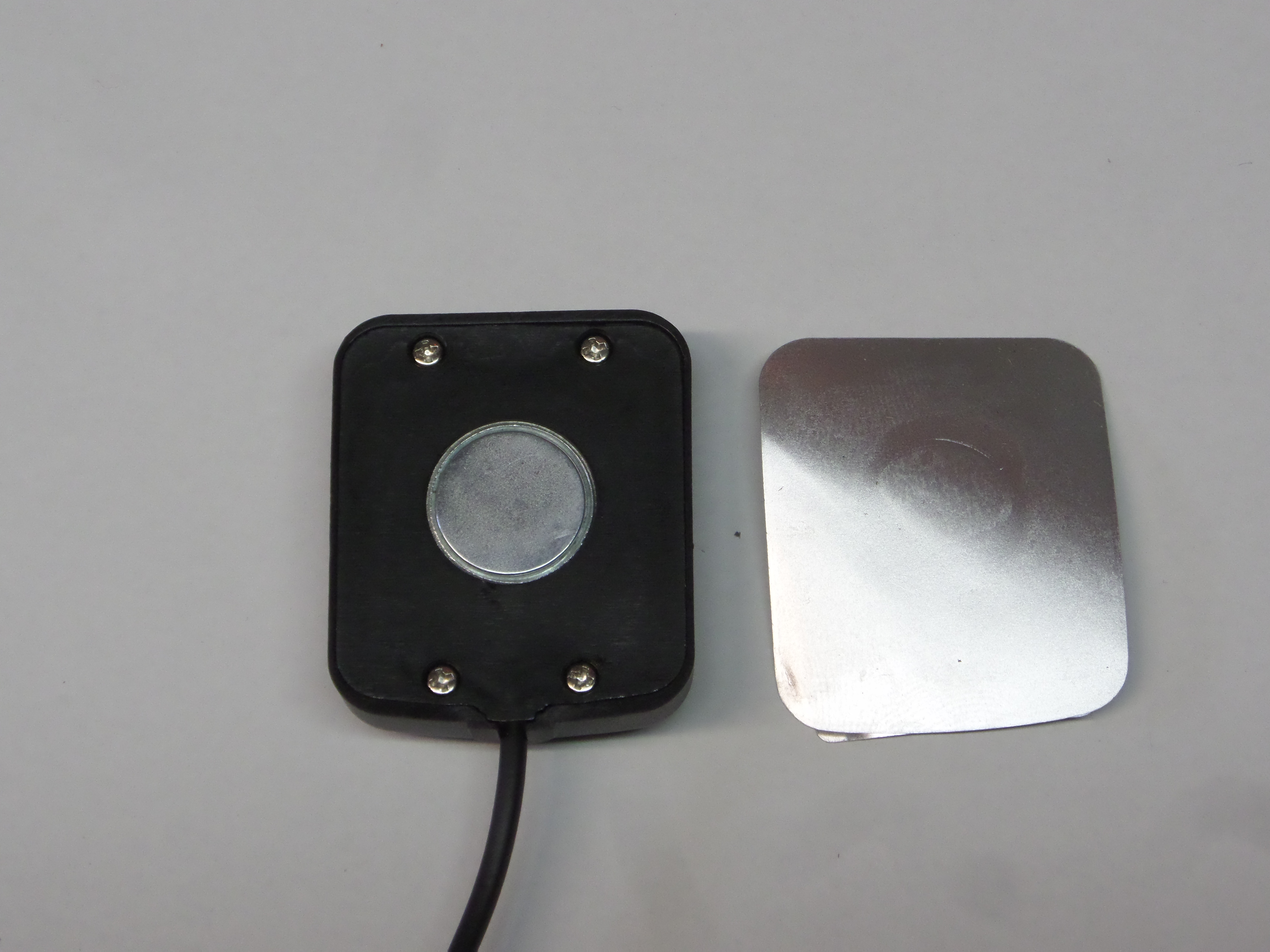 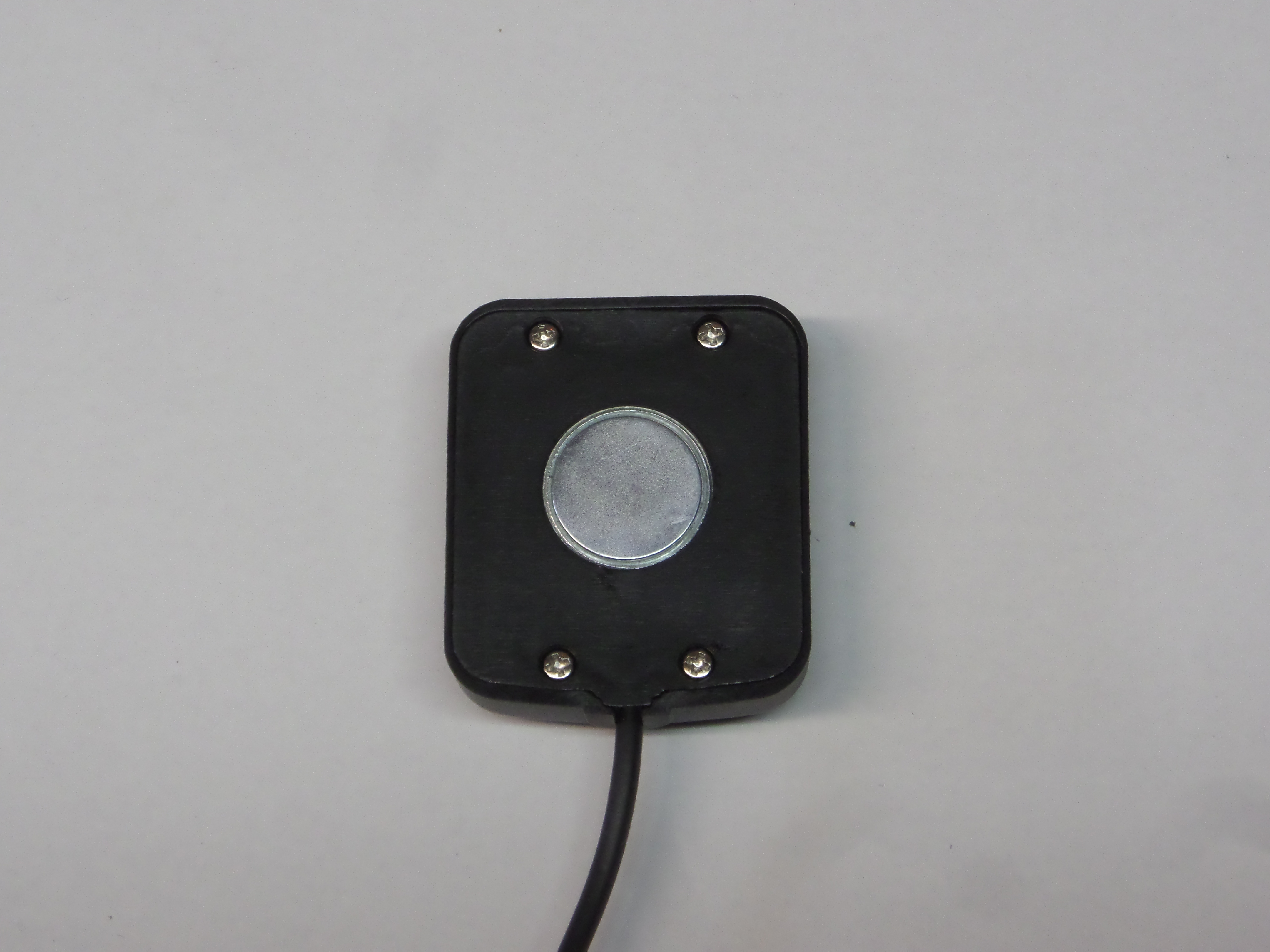 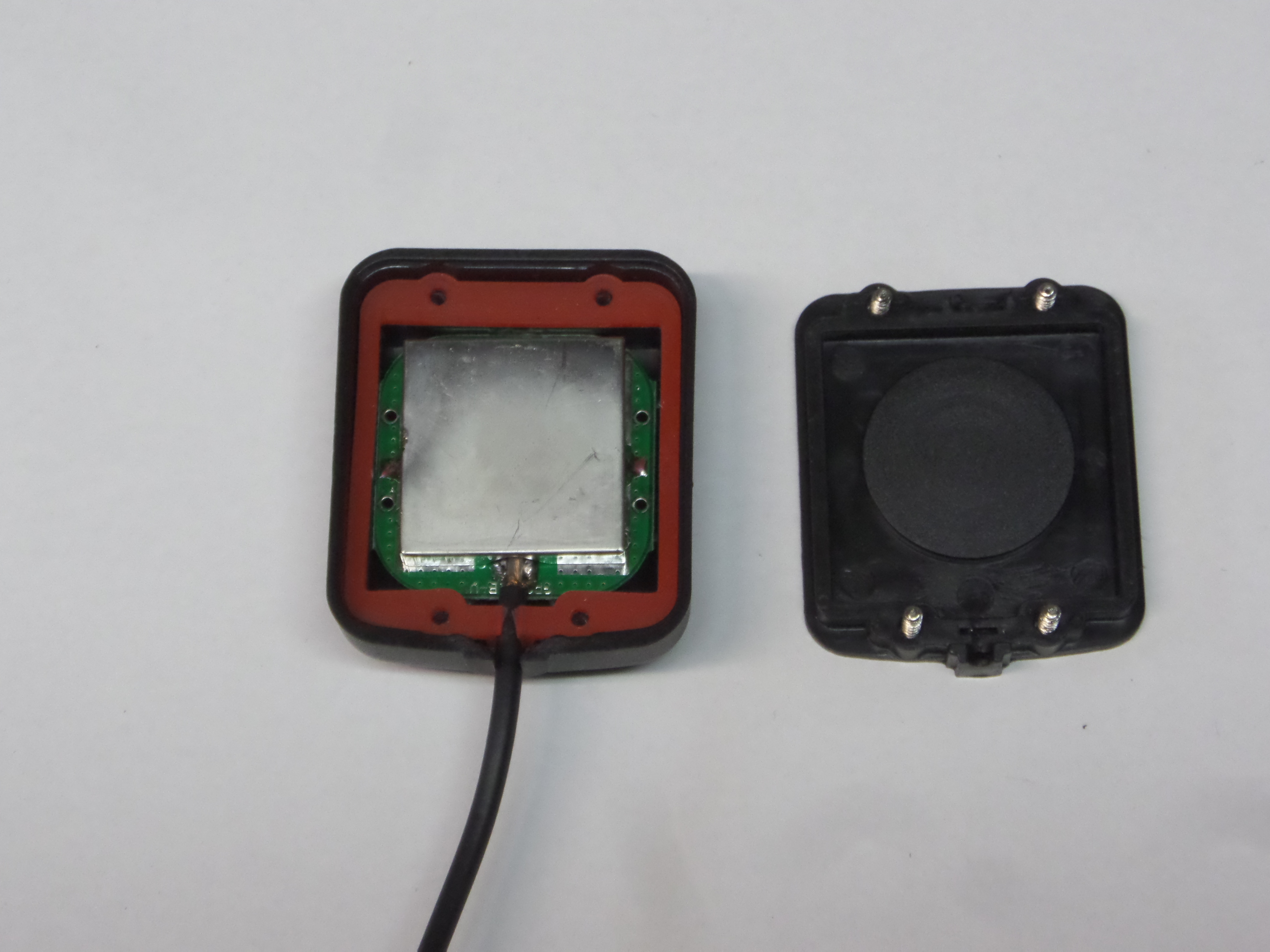 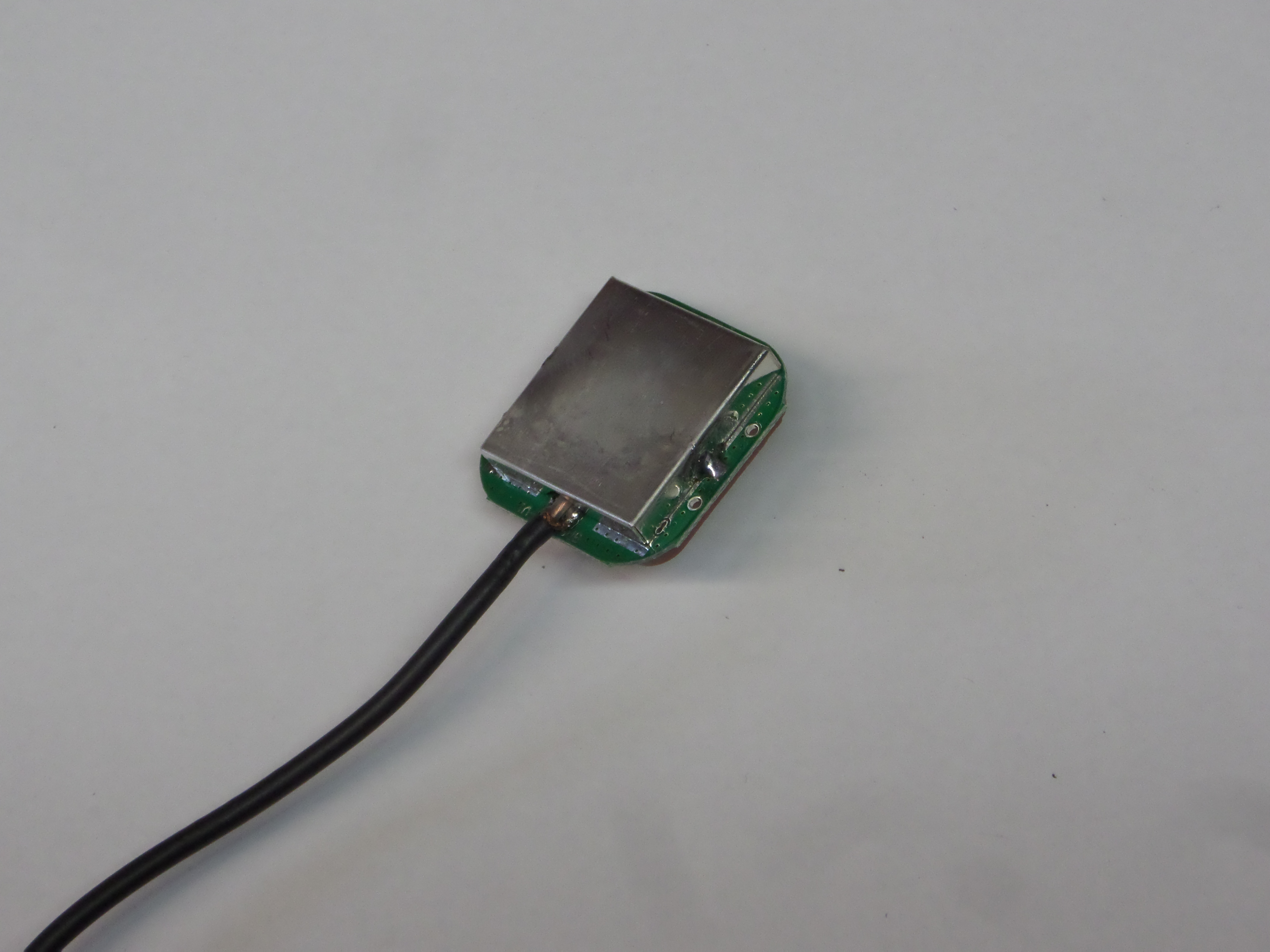 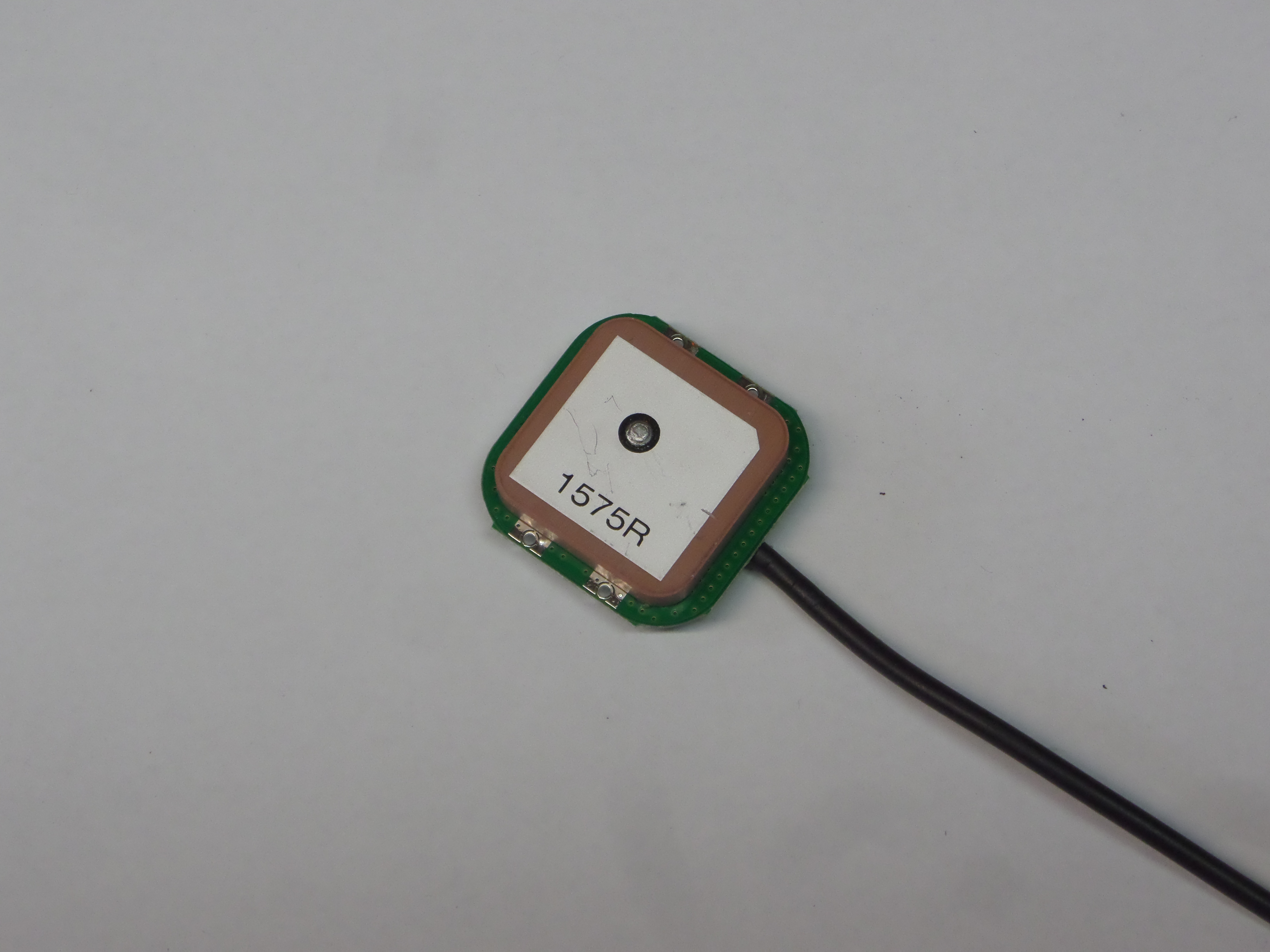 To make it into an active Iridium antenna, the GPS antenna needs to be modified:

Remove the top shielding of the antenna. It usually works to just remove the solder with a desoldering pump and solder wick. You can then pry off the shielding with a tiny bit of force. 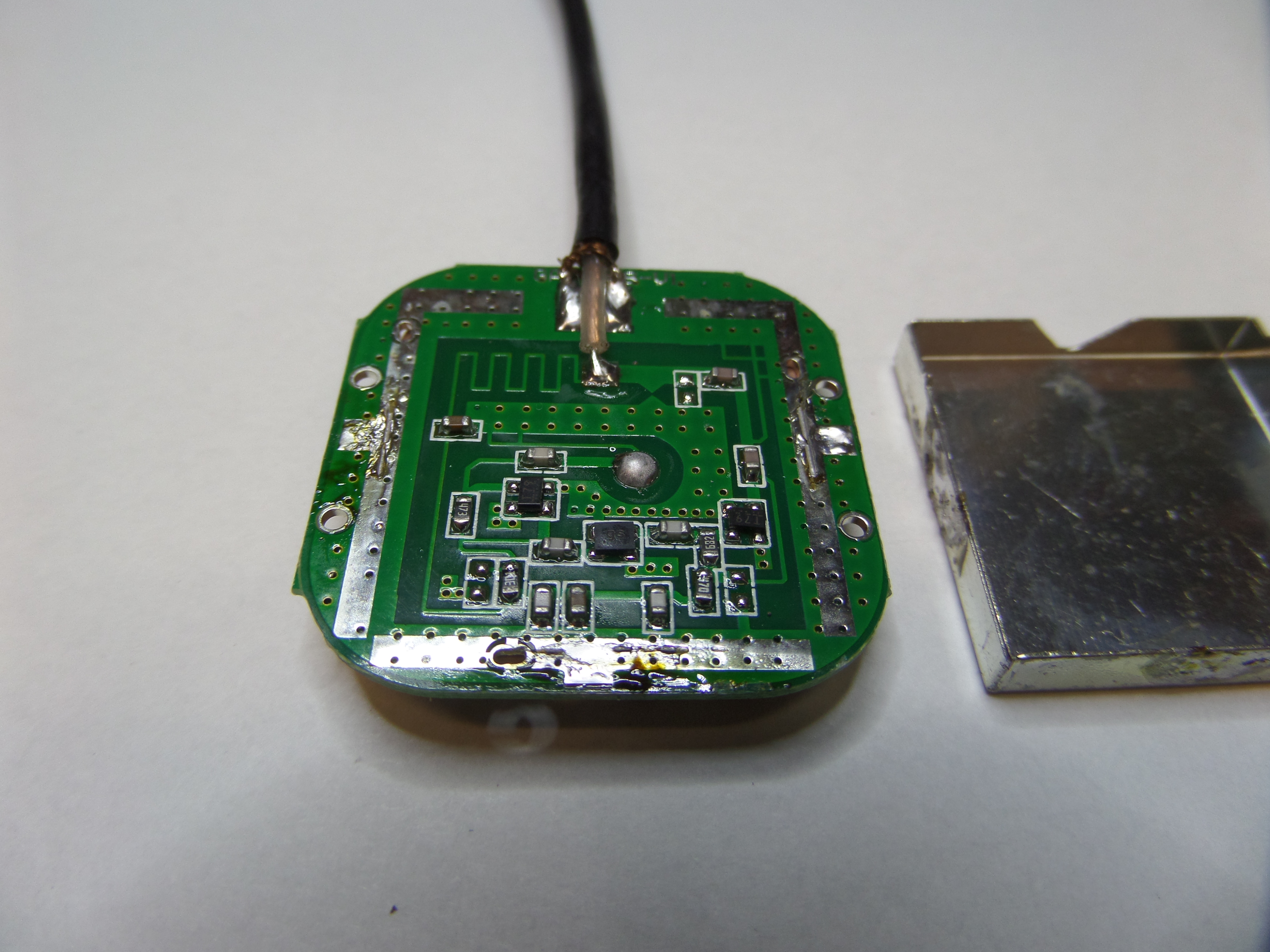 Locate and Remove the Filter

All active GPS antennas will have a filter in them. It might look different between the different models though. All antennas which we have opened yet follow the same design: 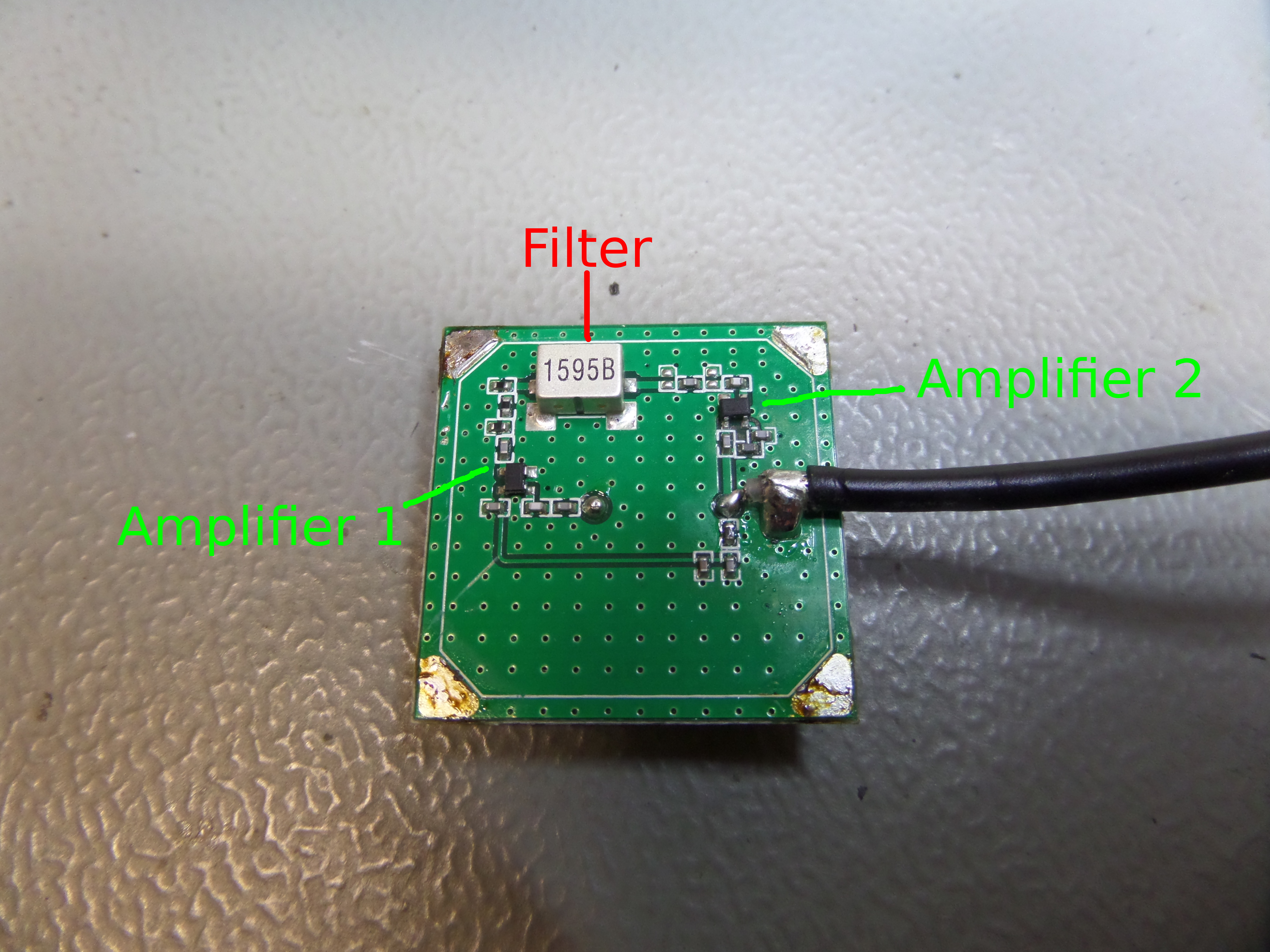 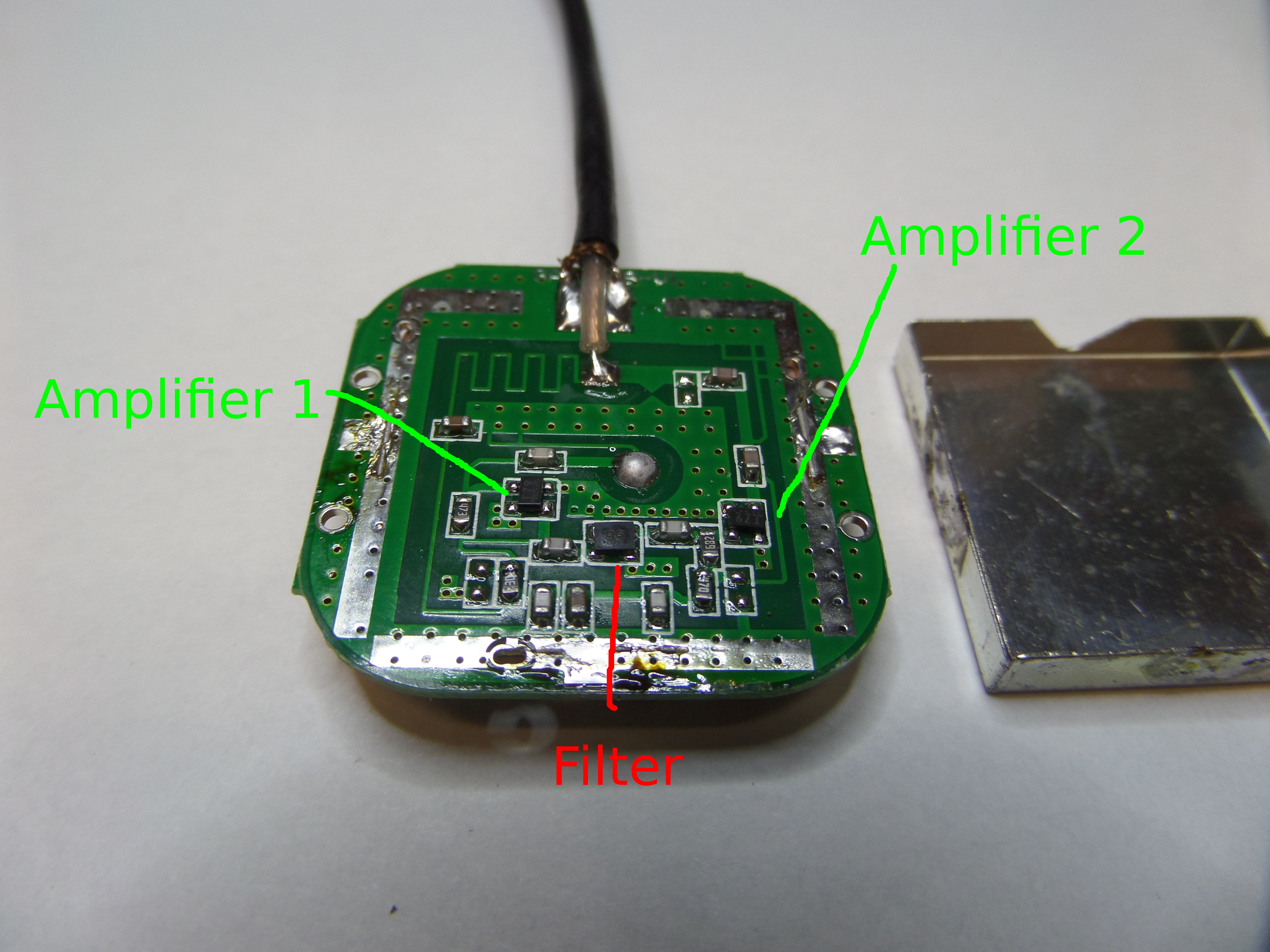 We will focus on the second picture with the small black filter. To remove it you should use a hot air rework station. Removing the filter with just a soldering iron can be tricky and stresses the PCB more than necessary. This is how the PCB looks after removing the filter: 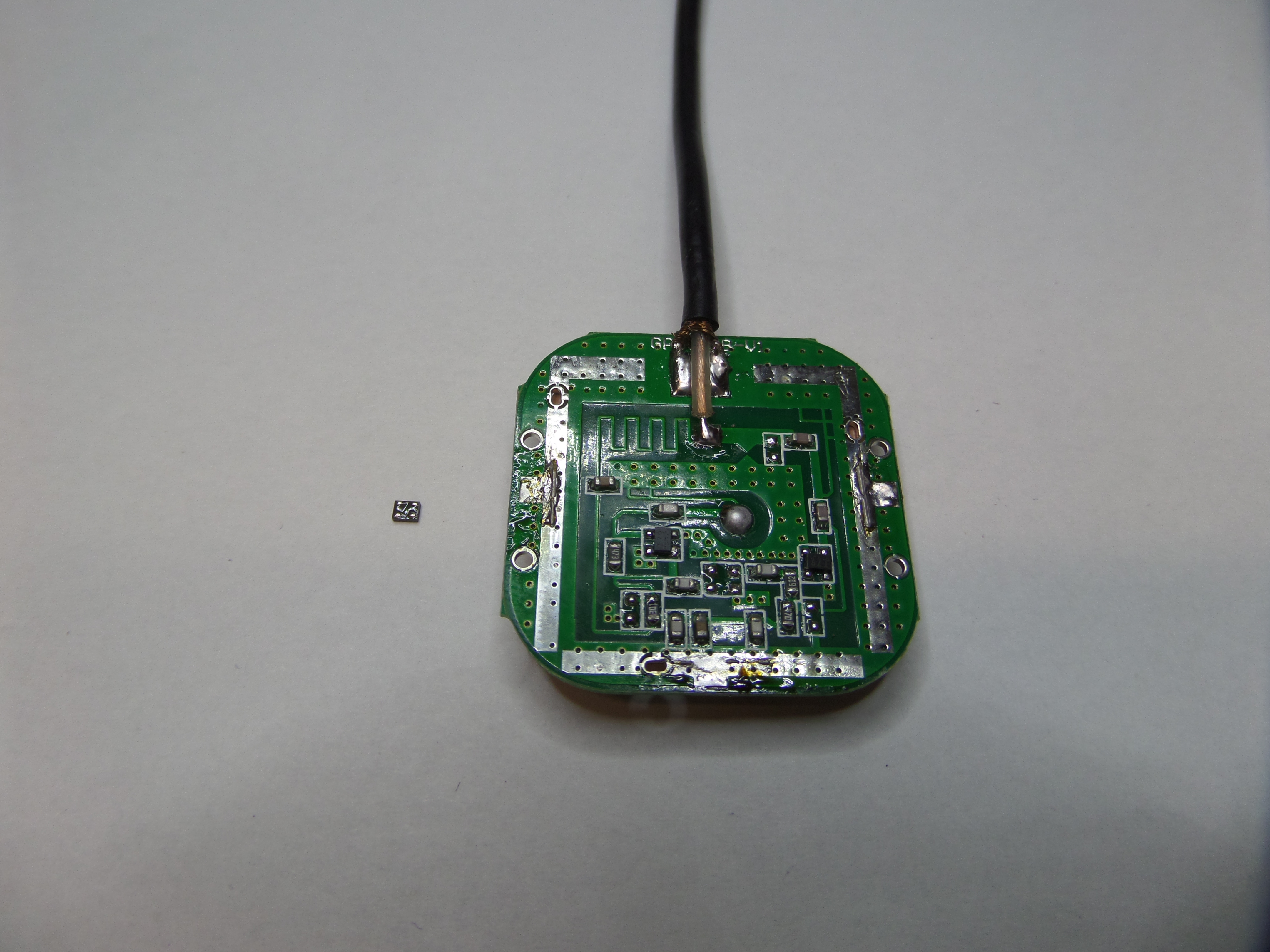 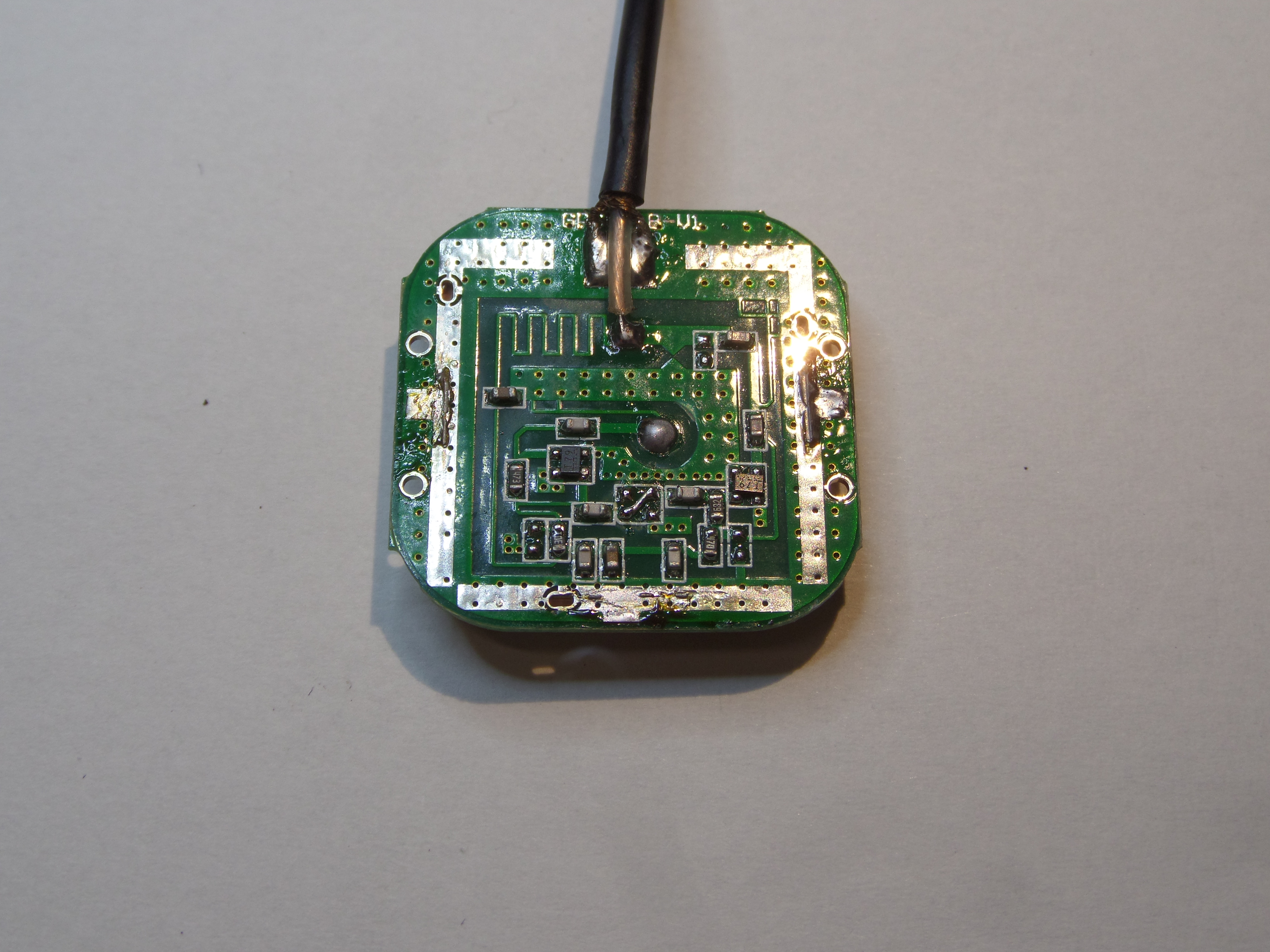 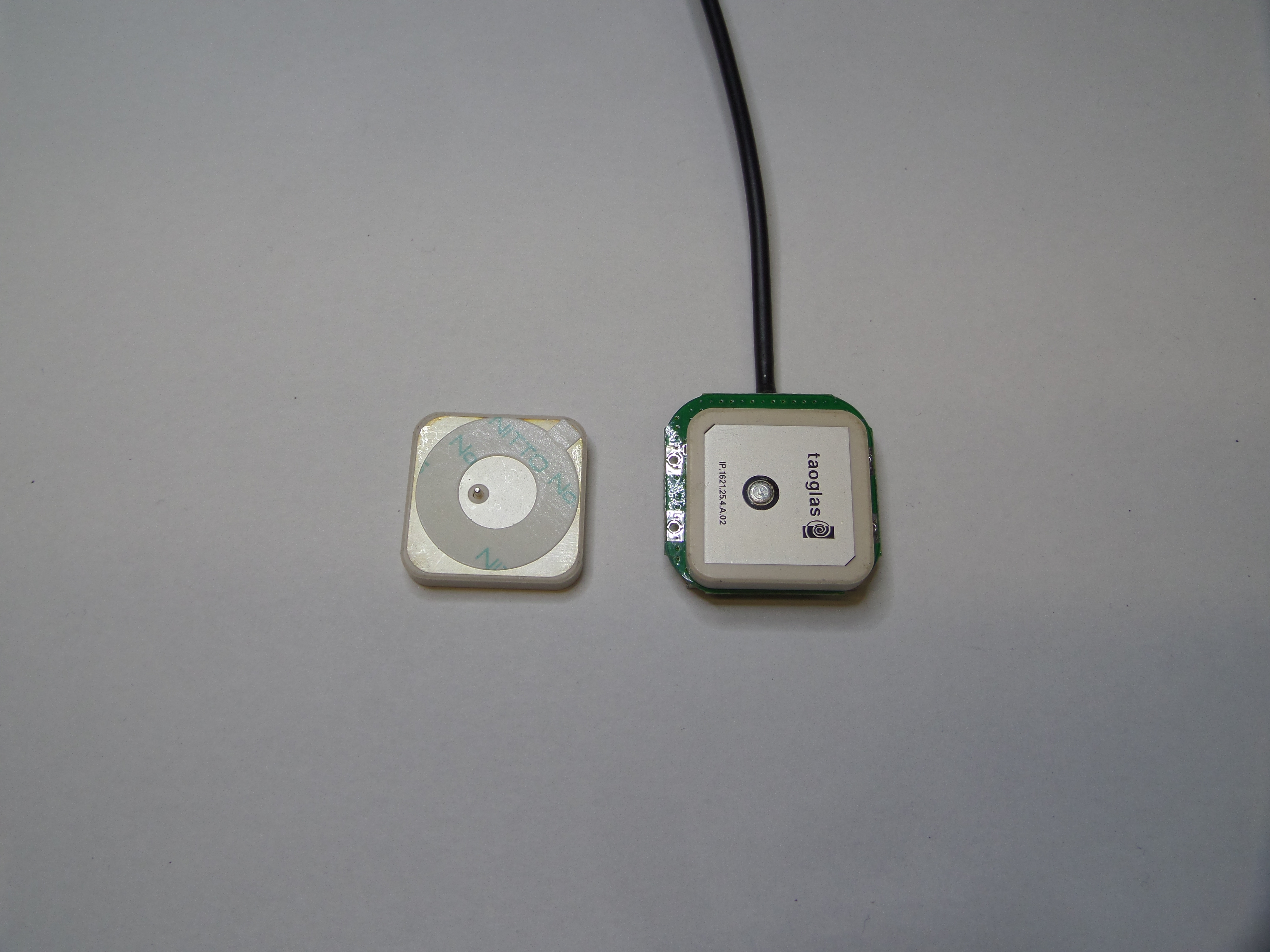 Exchanging a smaller package for something more sensitive like the following design will require more filters an LNAs. Amplifier noise can be reduced with better components when compared to an active GPS antenna.